Hello! My name is Rebecca, I am a student from the U.S., and I am writing to tell anyone genuinely or even remotely interested in working with RUDEC about my time in Cameroon.

I came to RUDEC through a confusing network of programs at my university (Florida State University), and also with the push to pursue a project I had been thinking about my entire semester prior to arriving in Cameroon: a project that would involve economic empowerment and women. Throughout my process of choosing between different NGO’s in Africa to work with and figuring out how to frame my project plan, the RUDEC director Joshua, was extremely helpful and thorough in answering my questions and responded to my emails and messages almost immediately. I was looking for an organization that engaged in community development on the grass-roots level. I was also looking for an organization that offered volunteers autonomy and guidance rather than just delegating tasks for them to do. After talking to Joshua for several weeks and finally arriving in Cameroon, it did not take me long to see that this was truly the case.

I served with RUDEC for three months (May 25 – August 13), and have grown much from my experience in a multitude of ways. Prior to arriving in Belo, I had done a lot of research on Cameroonian culture, especially in rural areas which I think gave me more of a foundation for understanding the realities of the culture when I arrived. I decided to work on expanding the micro loan project that had been started three years ago by another volunteer. My plan was to find a group of single-mothers in the community that would be willing to participate in the loan scheme, and my hope was that this project would inspire the women with the tools to grow their businesses and become more economically independent. The project was successful and I can say that we established something meaningful and sustainable with the women involved in the project. I would not say that it was always easy for me, but I did learn a whole lot about becoming a better listener and also being confident in my own abilities.

RUDEC is a small and continuously expanding organization, so it has many avenues and opportunities for volunteers to help it progress forward. Joshua is very helpful and trustworthy, but also gives you a lot of wiggle-room to lead your day as you wish. If you see something you want to work on, you can easily find a way to work on it. But because of this freedom and flexibility, I would say you have to make a conscious effort to be self-initiating, innovative and independent.

I not only worked on the Microfinance project, but in my spare time I also helped tutor the orphaned children during the summer holiday classes for the bulk of my time there. At first, I had no idea how or what I was going to teach or do with the kids since they were out of school… but even if I didn’t feel like I was doing a good job, the children really showed appreciation for me being with them and even reprimanded me on the days that I couldn’t make it to class. It sometimes became a little too much to handle both the classes and the project I was working on, so I eventually let the other volunteers take over when they arrived. I would say that the children really need someone who is dedicated to working with them. They are often in classes of 50-100 students and suffer from lack of individualized attention, so the extra help is necessary. 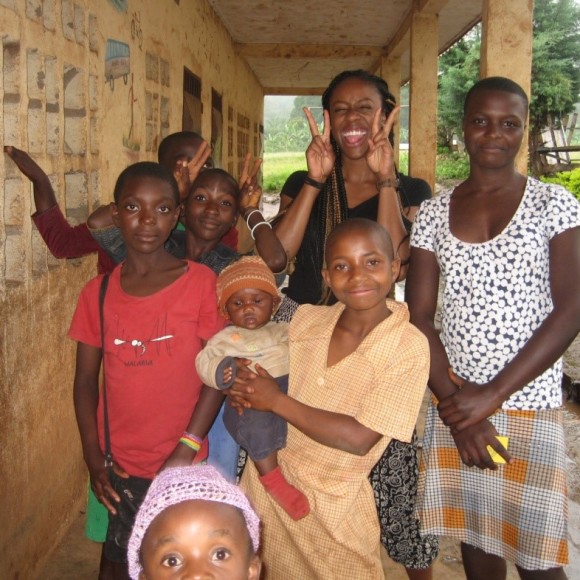 I spent the first two months of my internship as the only volunteer at RUDEC, and only Westerner in the village at large. Luckily, another volunteer was just finishing his service as I was entering mine. So for the week that he was with me, he was my saving grace—he showed me where everything was, how to buy items at shops in the marketplace, how to travel between Belo and the neighboring city and villages, how to negotiate, and how not to get taken advantage of as a Westerner. I will admit that despite the fact that I am Black and managed to blend in on rare occasions, I was still a very nervous about being alone and not sticking out too much as a Westerner for fear of attracting too much attention. After about a week or two alone, however, I quickly realized that there is absolutely nothing to be afraid of in Belo. People are actually as nice and well-intentioned as Joshua says they are. Of course there are exceptions to the rule no matter where you go in the world, but I never once felt unsafe.

Being alone in the village was a challenge that truly brought out the best in me. While extremely supportive, Joshua was not always there to hold my hand and show me how to integrate into the community. So I had to make a conscious effort to be more sociable than what was typical of me. Being alone forced me to be completely independent, hold myself accountable to the task I set before me, and it also forced me to come out of my Western shell. The result was the development of genuine friendships with the local people, and a sense that I truly belonged to the community. When the three other volunteers joined me in the last month of my internship, I realized how much it had benefitted me to have been the only volunteer. I do not believe I would have felt the need to integrate into the community as much as I did if I had other westerners to cling to. It also helped that I made friends with Peace Corps volunteers in other villages who pretty much gave me all the tips and tricks of “surviving” Cameroon.

What really helped me to integrate well was making an effort to learn the local language, which is Kom. People really appreciate any effort you make to learn their language and honor their culture. I called on people that I felt I could trust in the village and invited them to hang out with me and just show me around the village. I also learned that asking a lot of questions yielded even more answers, which not only deepened my understanding of Kom culture, but also showed the people that I was genuinely interested in understanding them and being one of them. 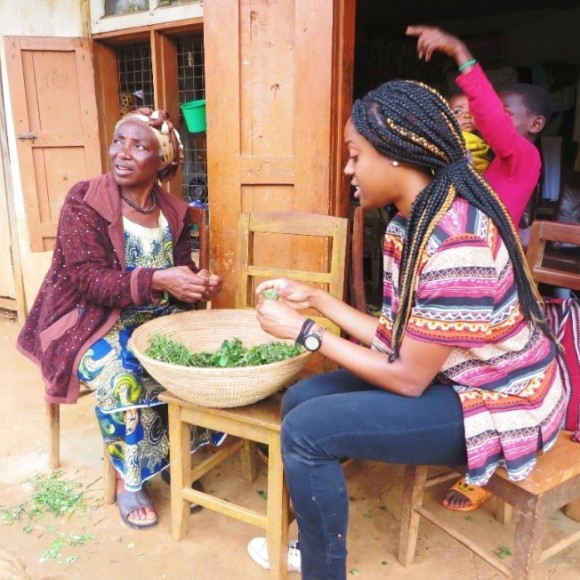 I would like to mention that I was also satisfied with the living accommodations. Volunteers stay in the RUDEC volunteer house, which is a 3 bedroom/2 bathroom apartment in a compound of other local renters and it was a relatively nicer house in the village. Although we had our own place, it was easy to interact with other people because we were in a very community-oriented setting. After some time, I got used to different children visiting the house to make friends with the “new American girl” and other people coming by to say hello. We had a cook named Bobé (Papa in Kom) Samuel who made us three meals a day, washed our clothes and cleaned our shoes. I appreciated him and it also made living a bit more convenient when you did not have to worry about cooking every time you got home or figure out how to wash a load of laundry by hand. I also enjoyed a lot of the street food around the village, and I and the other volunteers made buying roasted fish from our favorite lady a common routine. There is indoor plumbing and electricity, but just like in other developing nations around the world, neither source was reliable. Sometimes the power would go out and other times, the water in the taps would be blocked and stopped running. Either way, “we di manage ooh!” as many Cameroonians would say.

Might I also mention that Cameroon cannot fail to entertain you. I had a blast while there and made tons of memories. Cameroon is very lush and the landscape is captivating. Joshua really encourages volunteers to go on excursions, hikes and trips around the country to be able to see the country. Honestly, pictures can never capture the kind of beauty that I saw while exploring and the nightlife was amazing when out with a responsible and trusted group of friends. Cameroon, and specifically Belo, truly became a place where I personally felt at home. People welcomed me as their own family and I am still in contact with many people there since I left two months ago. 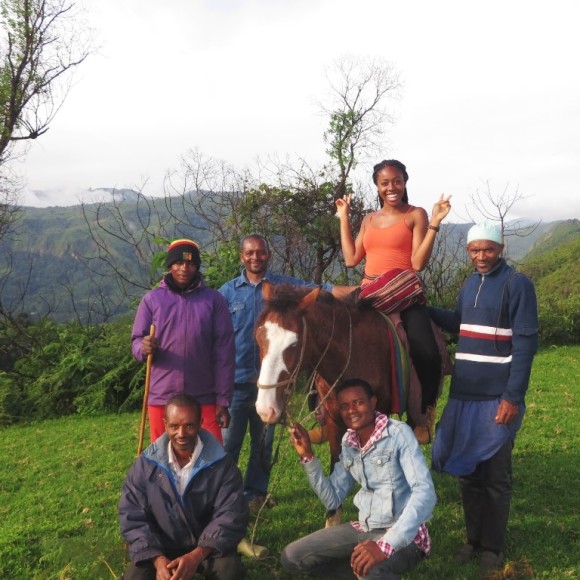 Reflecting on my time in Belo, I believe that I have truly exercised my ability to think on my feet and create meaningful work for myself there. I would encourage anyone who is willing to take risks, who is proactive and who is willing to integrate into a new culture to work with RUDEC. Bring your own ideas and let the community will also enlighten you with their own.

LOOKING FOR A PROFESSIONAL VOLUNTEER!

Newsletter for August and September 2016

Transparency is important for us: